The surface of a Tennis court has a major impact on the game. Players must take into account how the ball is likely to behave on a particular surface so that they can adjust their tactics accordingly. The speed at which the ball is likely to travel, the height at which it is likely to bounce and any spin on the ball as it comes off the surface are all factors a serious player must consider. Surfaces which tend to make the ball travel relatively quickly are often known as ‘fast surfaces’, while surfaces which tend to slow the ball down are described as ‘slow surfaces’: 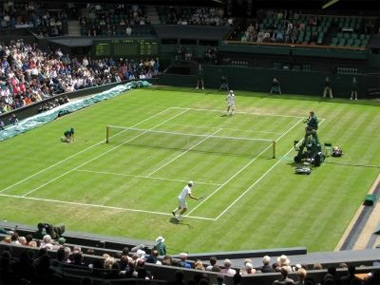 All major Tennis tournaments, including the four Grand Slams, were once played on grass, as other types of court had not yet been developed. Today, the only Grand Slam competition which still takes place on grass is Wimbledon.

Grass is a notoriously difficult surface to play on. The ball tends to travel quickly and it bounces relatively low. It also tends to bounce unpredictably, largely due to the fact that the spin stays on the ball as it bounces on the grass. A powerful serve can be very difficult to return on this surface. It is for this reason that players who possess a formidable serve tend to do very well on grass. An excellent example is the American legend Pete Sampras, who dominated the Wimbledon tournament in the 1990s largely as a result of his powerful serve.

The major disadvantage of the grass surface is the inevitable difficulty faced in maintaining it. As both the condition of the soil and the length of the grass can have an effect upon the movement of the ball, the surface must be constantly monitored and well cared for. Some courts now use Astroturf as an alternative to real grass, although the movement of the ball on a natural lawn cannot be exactly mimicked; balls tend to bounce faster and higher on Astroturf than on real grass. 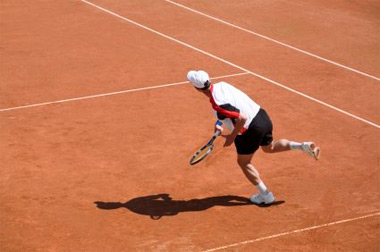 Clay Tennis courts, most commonly either red or green, are notably slower than grass surfaces. Green clay is typically comprised of a mixture of stone, rubber and plastic and tends to be a slightly faster surface than red clay, which is usually made from, amongst other materials, crushed brick and rubber. The French Open is played on a red clay surface.

As the ball bounces relatively slowly on clay and has a slightly more predictable bounce, players who rely on the strength of their serve as a winning tactic tend to be at a disadvantage on clay. The surface favours those who are particularly skillful at hitting long strokes from the baseline. It is perhaps for this reason that players who have been very successful on other surfaces, particularly grass, on the strength of their serves, have often struggled to emulate that success at the French Open. A number of players who had dreams of achieving a Career Grand Slam, including the American Jimmy Connors in the 1970s, fell short because of the obstacle presented by the red clay at the Stade de Roland Garros. Conversely though, a few players in the history of the game have excelled on both, most notably the brilliant Swede Bjorn Borg (who, incredibly, only won Wimbledon and the French Open, 5 and 6 times respectively). 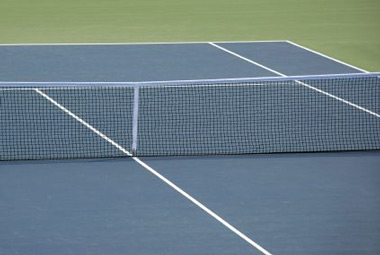 Hard Tennis courts are usually made from a base of asphalt or concrete, often finished with a layer of acrylic. There are a number of variables which can influence exactly how a ball will behave on a hard surface. For example, the amount of sand used to construct the surface alters the amount of friction between the court and the ball; the greater the amount of sand, the greater the friction. The hardness of the surface will also effect the bounce of the ball; the harder the surface, the higher the ball will bounce.